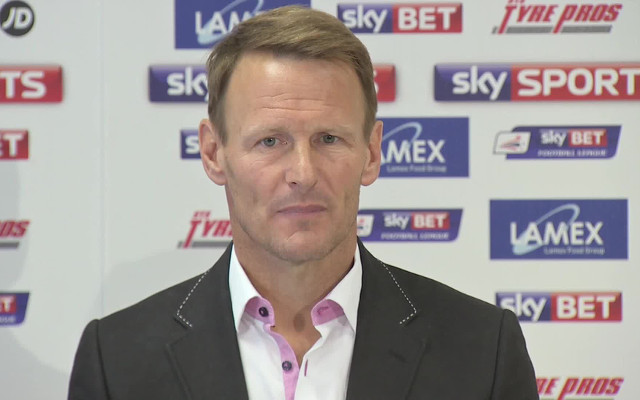 Tottenham Hotspur and Manchester United scoring machine Teddy Sheringham has been fired from his first job as manager of Stevenage after nine months on the job.

The club announced on Monday that they were parting ways with the English football legend after taking just three points from the last 24 available and now sit just eight points above the League Two relegation zone. His managerial record is 7W, 10D, 16L with a win rate of just 21.2% in 33 games for Stevenage

“Normally we’d have one or two major ops on key players in a season but we’ve had more this season than the last three combined.”

Sheringham was the first-ever winner of the Premier League Golden Boot when the league formed in the 1992-93 season. He scored 21 goals for Tottenham Hotspur that season but never won a title with the club.

In 1997, Sheringham joined Manchester United as a replacement for the retiring Eric Cantona but didn’t record a double-digit goal season for the club in his final year at Old Trafford.

SEE MORE:
Manchester United target too expensive – EPL club turn to Chelsea star ahead of deadline
Arsenal block deadline-day swoop from Manchester United for £60,000-per-week international
Moussa Dembele to Tottenham could be back on as Spurs hope to tempt Fulham with part-exchange deal