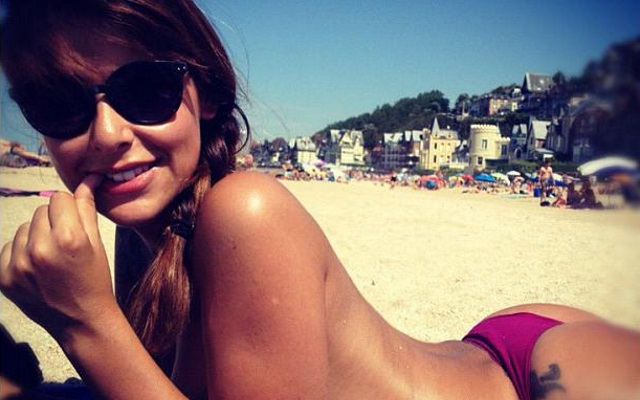 According to reports in Turkey, Nani‘s wife is pushing for a move away from Fenerbahce as she’s not happy with life in Istanbul.

Goal have reported that the player’s partner Daniela Martins is desperate to leave Turkey and is attempting to undermine her husband’s desire to stay at Fener in light of considerable interest from China.

The club president Aziz Yildirim responded to Chinese bids during the transfer window by insisting that he was keen to keep hold of Nani, and while the player himself has also expressed his desire to stick around—at least until he wins the title with the Turkish giants—Martins appears to be looking to force a move.

According to Goal, the player’s wife’s pretext for leaving is that she is afraid of the ongoing terrorist threat in Turkey, and clearly feels that the prospect of life in China would be safer for all the family.

Nani moved to Fener last year after being deemed surplus to requirements by Louis van Gaal at Manchester United. He won four Premier League titles and the Champions League with the Red Devils, and also won the club’s Player of the Year award in 2011.