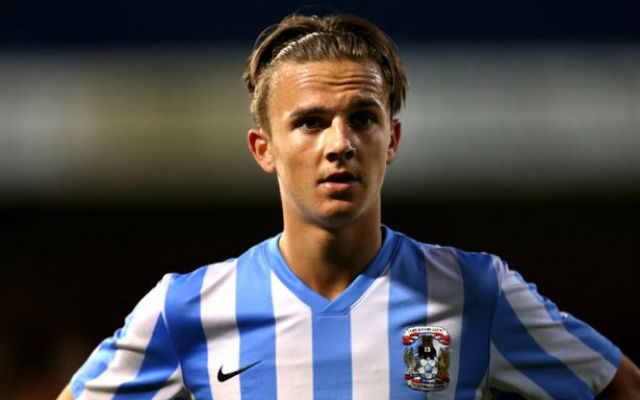 Norwich City pulled off a coup in the final minutes of deadline day January 2016 by signing highly-rated teenager James Maddison from Coventry City.

The 19-year-old has agreed a three-and-a-half-year deal at Carrow Road and joins for an undisclosed fee, pending approval from the relevant footballing bodies.

Maddison will return to Coventry, for whom he has already made 31 appearances, on loan for the rest of the season and aim to help them into the Championship.

Canaries manager Alex Neil told the club’s official website: “We’re delighted to sign James as he is a fantastic prospect who has already made a mark at Coventry at such a young age.

“He has real potential to develop, making this deal one we’re really pleased to get over the line.

“James will return to on loan Coventry for the rest of the season to continue his development before joining up with us on a full-time basis in the summer.”

The attacking midfielder had previously been scouted by Premier League giants Liverpool and Tottenham Hotspur, but neither were willing to pay his reported £7m asking price.

Liverpool and Spurs were expected to do battle for Maddison in the summer, but Norwich have gambled on his talents now, and will hope to get their rewards in the long term.