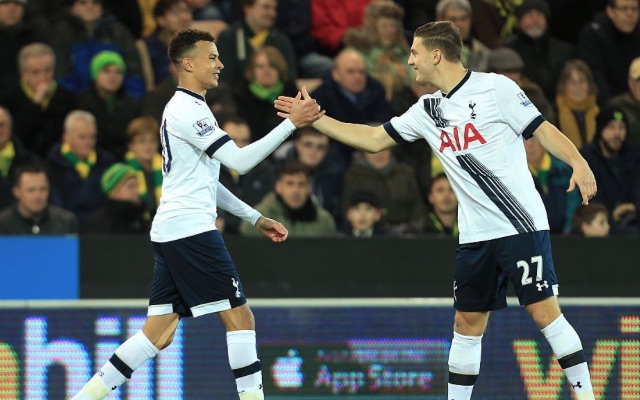 Tottenham Hotspur only have one senior striker, but they also have Deli Alli, who continues to chip in with his fair share of goals.

The 19-year-old scored within the opening 100 seconds of tonight’s game at Norwich City to notch his seventh Premier League of the season.

Alli has now scored as many Prem goals as Arsenal injury-magnet Jack Wilshere.

The Spurs teenager’s seven goals have come in his first 22 appearances, while ‘young’ Wilshere, 24, has played 114 top-flight matches – 100 for Arsenal and 14 during a loan spell at Bolton Wanderers.