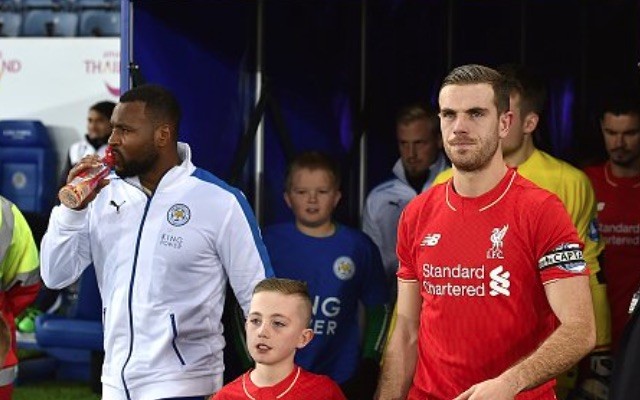 Despite a cup final on the horizon and having one of the best managers in the world, it doesn’t look like being a Liverpool fan is that much fun these days.

The Reds have now failed to score in their last three games, after losing 2-0 at Leicester City on Tuesday night.

Liverpool’s defeat to Leicester leaves Jurgen Klopp’s men 16 points behind the table-topping Foxes and 11 shy of Arsenal in fourth place.

Battling through the disappointment, our poor old friends at Empire of the Kop somehow managed to come up with some Liverpool player ratings based on Tuesday’s match at the King Power Stadium.

And they weren’t very flattering, with only four of the XI starter scoring better than 5/10.

Check out Empire’s ratings in full below…

Made two brilliant saves in the first-half, but can’t be blamed for either of Vardy’s efforts. In truth, he kept us in the game early on, although the very harsh critic will claim he was too far off his line for the opener. We disagree. World-class goals are world-class goals.

Decent night from Clyne, who got forward as much as possible and put a real shift in. One of the few players to emerge with credit.

Made some impressive last ditch tackles but shouldn’t have let the ball bounce for Leicester’s second.

Put plenty of effort in, but lacked class in central areas when we needed it. Lucas, Henderson and Can used to be Mascherano, Alonso and Gerrard. We looked so, so average in central midfield tonight.

Not a captain’s performance tonight. He doesn’t look fit to be fair, and was withdrawn just after the hour.

Like Moreno, lacked any sense of decision making skills. Found himself out of position and offered little creatively.

Half-decent from Milner for the first hour, but that fact we’re considering that praise sums up the nothingness of his season.

Doesn’t cross, shoot or do anything. He just holds on to the ball and does Cruyff turns. Never looked like having a genuine impact on the game.

Not good tonight, but you feel sorry for him. The lack of creativity of the players surrounding him makes it practically impossible for him to change the game. Nobody finds his runs or gets close to him.