Alexandre Pato could make his Chelsea debut tonight when they visit Watford in the Premier League.

And, if he does, he will be wearing the No.11 shirt that the Blues honoured him with earlier this week.

CaughtOffside shrewdly predicted that it would be this number – made famous at Stamford Bridge by Didier Drogba and also worn by Dennis Wise and Damien Duff – that Pato would be assigned.

And the Brazilian appears to be as happy as we are smug! He revealed with this Instagram post that he has secured his favourite shirt number, which he wore while on loan at previous club Sao Paulo. 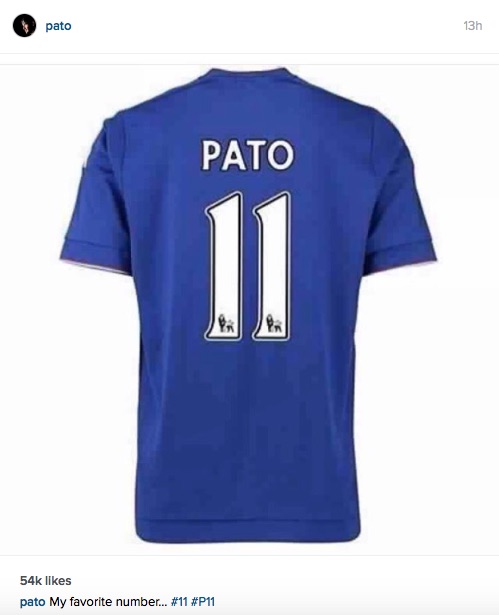 The 26-year-old , who has 10 goals in 27 appearances at international level, joined Chelsea on loan from Corinthians until the end of the season in the final week of the January transfer window.

The former AC Milan prodigy has got his career back on track with a prolific loan spell at Sao Paulo, but Chelsea boss Guus Hiddink has warned that the player is weeks away from match sharpness.