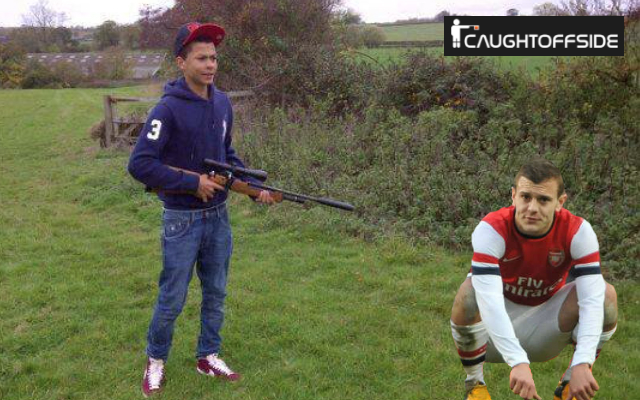 Dele Alli or Jack Wilshere. Who should Roy Hodgson pick in his England midfield for Euro 2016 this summer? At the close of the polls, there was a runaway winner, as the results show…

Who should Roy Hodgson pick in his England midfield for Euro 2016 this summer? #AFC #THFC

Wow! Tottenham Hotspur prodigy Alli was the clear favourite among our 380 voters, with 74% saying that they would rather have him in the Three Lions team than crocked Arsenal rival Wilshere.

Alli has been nothing short of a sensation since arriving in the Premier League in the summer. He has scored seven goals and provided four assists to help transform Tottenham into title contenders.

The 19-year-old, who was playing League One football with MK Dons last season, made his senior England debut in October and scored an absolute stunner against France at Wembley a month later.

Wilshere, who can only match Alli’s seven-goal Premier League tally despite having had six years at Arsenal, has not played at all for the Gunners this term because of a fractured fibula.

But he was a key figure in England’s perfect qualification campaign, and is still likely to be picked in Roy Hodgson’s squad for the Euros if he can get a handful of games under his belt before May.

The message from all but seven per cent of COS readers is that the Arsenal man does not deserve selection ahead of his Spurs counterpart, although 14% would like to see them play together.

That is a distinct possibility. Both are probably at their best when given more attacking freedom, but Wilshere has played in a deep-lying playmaker role for England and could sit behind Alli.

Five per cent of our readers do not want to see either Alli or Wilshere in England’s Euro 2016 team. That minority must be West Ham United supporters. Sorry Hammers, but Mark Noble ain’t going!