Guus Hiddink’s Blues have made two signings since their last Premier League match – a 1-0 win at Arsenal on January 24.

One of those winter arrivals, American centre-back Matt Miazga, will not be involved this evening.

However, fellow new boy Alexandre Pato is available for selection after completing a loan move from Corinthians, although he is likely to start on the bench.

Loic Remy and Radamel Falcao are both injured, so Diego Costa will lineup in attack, ahead of Eden Hazard, who ended a 30-game club goal drought at the weekend and Oscar, who bagged a hat-trick at MK Dons.

Willian picked up a knock in Milton Keynes, so Cesc Fabregas could be moved further forward, allowing Ruben Loftus-Cheek to start, after an impressive performance on Sunday.

Chelsea’s back four is likely to be the same as usual, with John Terry captaining the side despite the recent revelation that this season will be his last at Stamford Bridge. 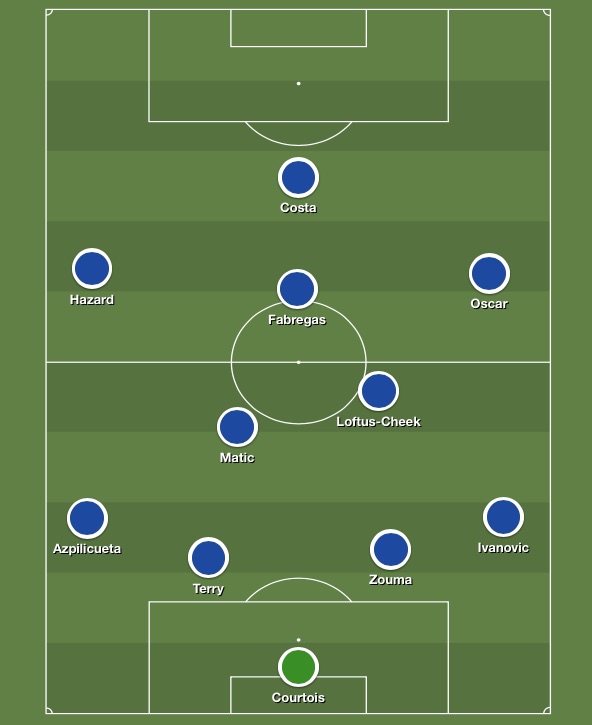