Football super agent Jorge Mendes has confirmed that Manchester United have tabled an offer of £30.4million for Benfica starlet Renato Sanches, according to the Metro.

The teenager has burst onto the scene in Portugal this season and has built up a trail of interested suitors thanks to a series of impressive performances in Benfica’s midfield.

Sanches has been of a particular interest to United, who Portuguese publication O Jogo claim have made a £30m offer for his services, though the Red Devils are also said to be willing to meet his £45.6m valuation by paying up the remaining £15m in add ons and clauses. 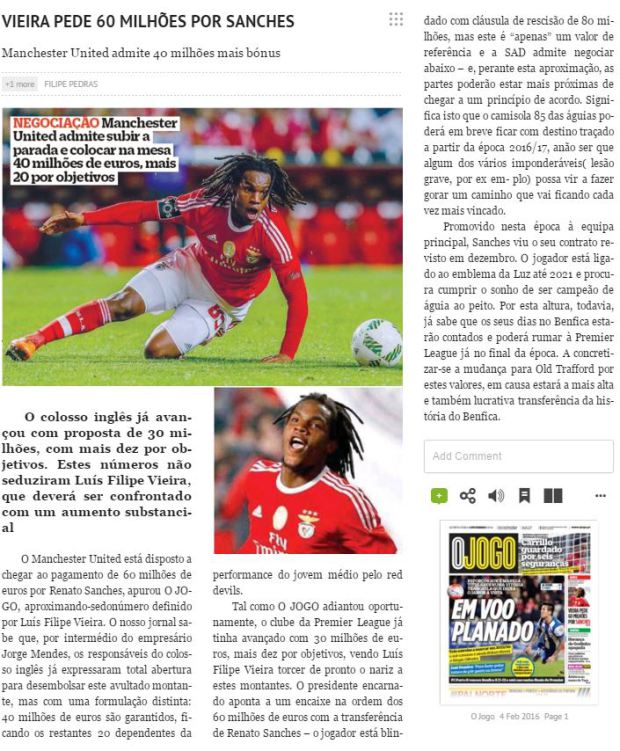 However, Sanches has a £60million release clause in his contract, though it seems United will be able to do business for a fee lower than that.