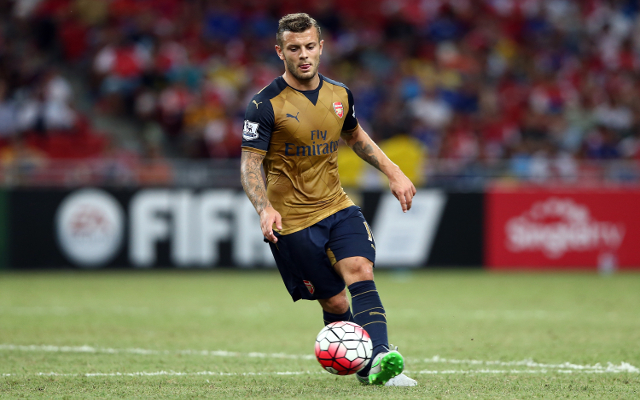 Arsenal midfielder Jack Wilshere has opened up on his latest difficult injury hit season, but has admitted that he is now closing in on a return to full fitness.

The 24-year-old has been missing for the past six months thanks to a fractured left fibula, and he has expressed his frustration over having to sit and watch the club’s title challenge from the sidelines.

But he has shed some light on his recovery and the progress he is making to get back into the action for the final stretch of the campaign.

“[My recovery is] going well,” Wilshere told the Arsenal website.

“I’m back on the pitch and I’m just trying to build my fitness up because everyone knows how tough it is to play in the Premier League.

“I’m working on it and I’m slowly getting there.

“Sometimes it’s been difficult to stay positive, but as the injury goes, you get closer to full fitness and you see the light at the end of the tunnel.

“Then you start to think about coming back and getting involved in the team.”