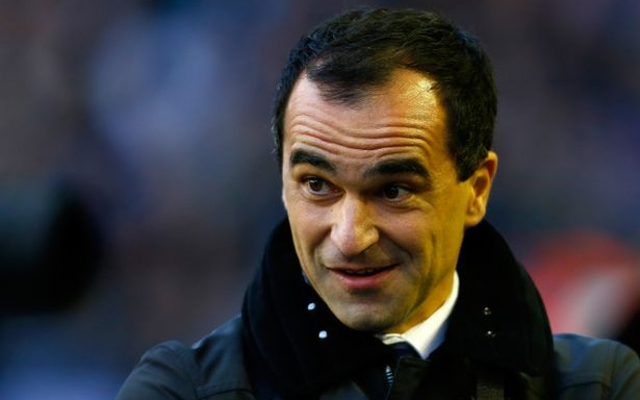 Everton boss Roberto Martinez took a night off from boring us all with talk about John Stones and footballing philosophies to bust out some serious dance moves at a Jason Derulo concert!

The 42-year-old staked his claim to be considered the hippest manager in the Premier League with these shapes that were caught on camera by a fellow Derulo fan. To be honest, I’ve seen worse!

Following Wednesday’s 2-0 win over Newcastle United – a first victory in five Premier League games – Martinez was clearly in the mood to celebrate as he went to watch the American pop star in Manchester.

“I’m a big fan. It is always good to get inspiration from creative people,” Martinez joked to the press, according to the Daily Mail. “I have better moves believe me. Probably that was the worst move!”

Could we see more of Martinez’s moves in the dugout when Everton visit the Britannia Stadium to face Stoke City on Saturday? The Potters have invited him to contribute to their pre-match playlist!

Hey @Everton, Can you ask Mr Martinez what @jasonderulo song he would like in our pre-match playlist? #SCFC https://t.co/BzOnDpJhI1

SEE MORE:
“Money-grabbing nonce”: Funniest Liverpool fan reaction to Alex Teixeira making £££ China move
Who will win the Premier League title?: Arguments made for Arsenal, Leicester, Man City AND Spurs!
One Direction star lined up for lead role in Jamie Vardy film. These five actors would be MUCH better!