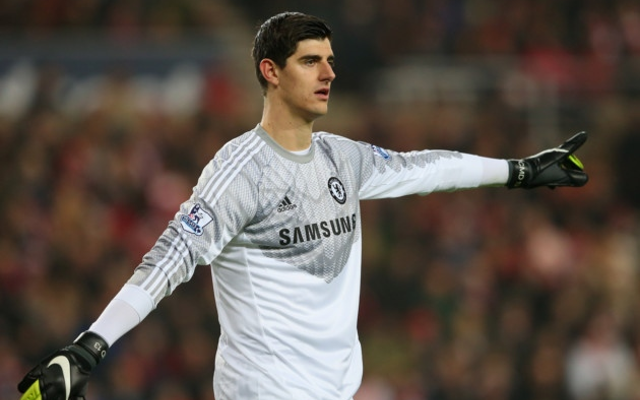 Goalkeeper Thibaut Courtois has conceded that a top-four finish is “not realistic anymore” for Chelsea and that the Blues are focusing on saving their season with a trophy.

The surrendering Premier League champions are 13th in the table, 16 points adrift of the Champions League places, as they prepare to host Manchester United on Sunday.

They have gone eight games unbeaten under interim boss Guus Hiddink, but the damage was done when the Blues lost nine of their first 16 games before Jose Mourinho’s sacking.

Courtois admits that Chelsea are aiming to use this improved form under Hiddink to secure success in the cup competitions because a top-four finish is now out of their reach.

“Now things are changing, we are playing well, and we want to end the season well,” he told Sky Sports.

“Realistically, we want to try and win the FA Cup, but the draw we got against City will be almost like a final.

“The Champions League is a hard one, but in the Premier League we have to climb the table, and sixth or seventh is quite close. Top four is very difficult, as it is already like 14 or 15 points.

“There are four teams competing for the title, so we know they won’t drop a lot of points. We want to get as high as possible, but top four is not realistic anymore.”

That means that Chelsea’s season could be as good as over by the middle of March, because Manchester City and Paris Saint-Germain represent very tough opposition on each cup front.

United, the first season after Sir Alex Ferguson’s retirement, and Blackburn Rovers in 1995-96 are the only teams to have previously finished outside of the top four as defending Premier League champions.