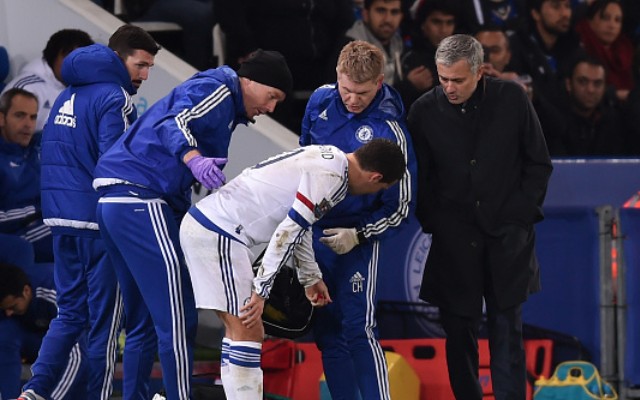 Eden Hazard has revealed that he sent a text to Jose Mourinho, apologising for his poor form, after the Special One was sacked by Chelsea in December.

Last season’s PFA Player of the Year was one of Chelsea’s greatest under-performers as Mourinho paid the price for their disastrous start to the season.

He also substituted himself with a mysterious hip injury in Mourinho’s final game in charge – a 2-1 defeat to surprise Premier League leaders Leicester City.

The Belgian playmaker has admitted that he felt somewhat responsible for Mourinho getting the chop, although he cannot explain Chelsea’s downfall in its entirety.

Hazard messaged the Portuguese to say sorry for his dramatic dip in standards, and received a classy response from a man who didn’t always show it in the dugout.

“I sent him the message to say I was sorry he had gone and … well … just that I was sorry,” Hazard told The Guardian. “We’d enjoyed all that success together last season, but this time round we hadn’t.

“I felt a little bit guilty because I’d been player of the year. I’d been one of the most decisive players, and this year I’d performed less well. I hadn’t been at the same level.

“So I sent that text to Jose and he came back to me, wishing me all the best for the future. For a team of champions to go through what we have this year even I can’t explain. Things have been better recently, but we’re still not winning games quite as we used to. No one can put his finger on what’s happened at Chelsea.”

Hazard failed to score in the first 16 matches of Chelsea’s title defence, and is still without a league goal this season, but did end his 30-game drought in last Sunday’s 4-0 FA Cup win over MK Dons.

He is in line to start for the Londoners on Sunday as Manchester United visit Stamford Bridge, with Chelsea looking to extend their eight-match unbeaten run under interim boss Guus Hiddink.