Tottenham Hotspur will go in search of a sixth successive win in all competitions when they host Watford in the Premier League on Saturday afternoon.

Spurs are flying high in third in the table, but needed a stoppage-time Son Heung-Min goal to beat the Hornets at Vicarage Road in December’s reverse fixture.

Will the South Korean forward – a substitute that day – get a start at White Hart Lane? Here, CaughtOffside predicts Mauricio Pochettino’s starting lineup…

SEE MORE:
Tottenham transfer news: Spurs sign another Pochettino fledgling down to long-term contract
Southampton midfielder Victor Wanyama ready to push through move to Tottenham this summer
Who will win the Premier League title?: Arguments made for Arsenal, Leicester, Man City AND Spurs!

Will come up against a former Tottenham goalkeeper Heurelho Gomes, who was superb in Watford’s midweek draw with Chelsea. But Spurs fans wouldn’t swap them!

Pochettino tends to rotate his equally-capable full-backs when Spurs have two games in a week, so Trippier is in line for a recall at the expense of Kyle Walker.

Tuesday’s 3-0 win over Norwich City witnessed a rare sight – an Alderweireld yellow card. It was just his second in 31 games this season – the other came against Watford.

The trip to Carrow Road was a gentle introduction to the Premier League for the Austrian full debutant. He will have it much tougher up against Troy Deeney and Odion Ighalo.

Another full-back swap should see Davies come in for Danny Rose. Although, Pochettino played wing-backs at Vicarage Road, and Rose would be more suited to that role. 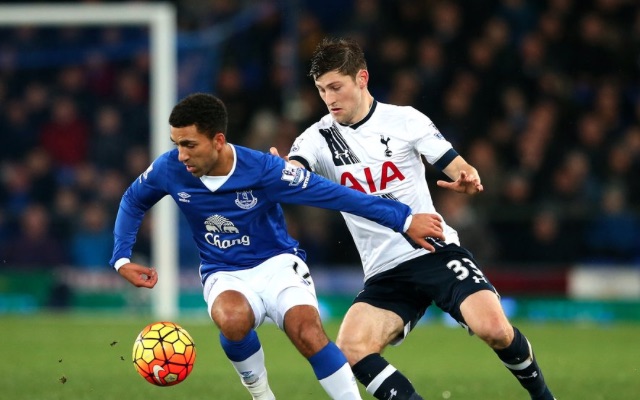 Was used in a back three in the reverse fixture, but, with home advantage, Pochettino should be confident enough to go with his usual system. Can always change in-game.

The Belgian midfielder missed a fortnight of action after limping off at half time of the reverse fixture, but he appears to be fully fit again and continues to play an integral part.

The match-winner in December’s game has started Tottenham’s last two Premier League matches, although the in-form Nacer Chadli and Erik Lamela are both pushing him hard.

Came off at half time in midweek, after scoring his eighth goal of the season, complaining of dizziness, but is expected to be fit after being checked over, according to The Independent.

The presence of Chadli and Lamela on the bench will hopefully prompt the Dane to raise his game. He has been okay, but could comfortably improve to help Tottenham’s title tilt.

The England striker took his league tally for the season to 15 with two versus the Canaries. Remarkably, if none of those 15 goals counted, Spurs would only be a point worse off. 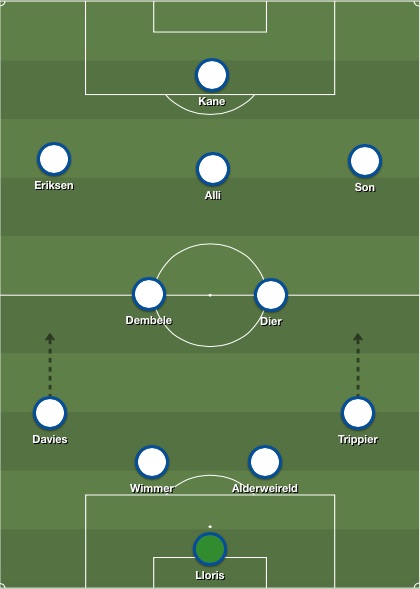