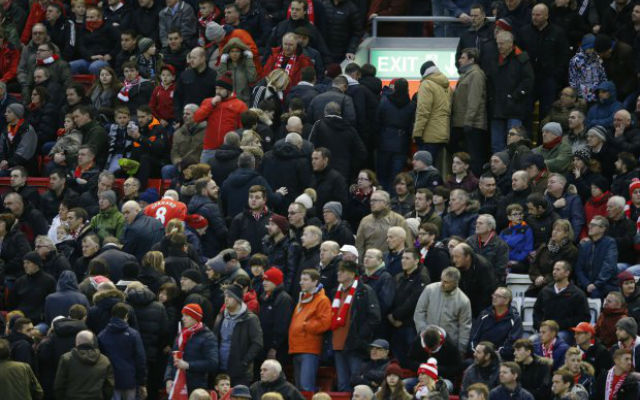 Liverpool coach Pep Lijnders has insisted that yesterday’s supporter protest at Anfield did not trigger their late collapse in the 2-2 draw with Sunderland.

The Reds were leading 2-0 through Roberto Firmino and Adam Lallana goals when around a quarter of Anfield emptied on 77 minutes, in response to ticket price changes for next season.

The relegation-threatened Black Cats went on to snatch an unlikely draw as Adam Johnson scored a free-kick and Jermain Defoe also struck one minute from time.

But Lijnders, who was part of the team in charge of Liverpool with manager Jurgen Klopp absent with a suspected appendicitis, says that the walkout was no excuse.

“That didn’t influence at all our confidence or our way of playing.”

Ljinders added that he felt Liverpool did not deserve to be robbed at the death. The hosts enjoyed 73% possession and had 17 shots compared to Sunderland’s seven.

Sky Sports quotes Lijnders as saying: “[The result is] disappointing but there’s a big ‘but’. The scoreboard never lies, but today it did a little bit because we dominated the game.

“We played for 82 minutes good and we became better throughout the game. It’s difficult straight after to make an evaluation, but in my opinion what we did for 82 minutes was excellent.”

The result leaves Liverpool languishing in ninth in the Premier League table, 10 points adrift of the top four. and with only one victory from their last six top-flight matches.