The Gunners host the Foxes at the Emirates Stadium next weekend and could really do with a win to boost their confidence and resurrect their title challenge.

Arsene Wenger saw his side kept out by Southampton goalkeeper Fraser Forster in midweek. Will he make changes or stick with the same XI at the Vitality Stadium?

It is at this stage of the season that Arsenal will need Cech’s leadership qualities to shine through. The goalkeeper is the only player in this squad who knows how to win the Premier League.

Must stop the supply line from Charlie Daniels, which Benik Afobe has thrived on in recent weeks.

Started Tuesday’s 0-0 draw with Southampton and deserves another go ahead of Per Mertesacker after that clean sheet. Scored in December’s 2-0 victory over the Cherries at the Emirates.

Has the job of stopping former Gunners youngster Afobe, who has three in four for Bournemouth.

No outfield player has started more league games for Arsenal this season than the Spaniard – 23. 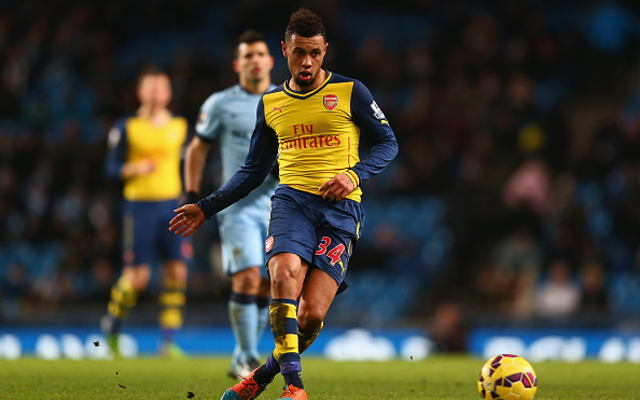 The Frenchman has had an FA Cup start and a substitute appearance since returning from injury and now MUST start. It is crunch time in Arsenal’s title race and they need their key midfielder.

The Gunners are still missing the other half of the central midfield partnership which performed so well in the first half of the season – Santi Cazorla – but Ramsey has proven a worthy alternative.

Many might think that Campbell would be in line for the chop if Theo Walcott were to be recalled, but the Costa Rican has been on a good run of form down the Arsenal right and could keep his place.

The Londoners have not scored in their last three Premier League games. Now is not the time for Arsenal’s assist king to go quiet. Wenger needs him to return to the party as soon as possible.

If the Gunners are to make up this eight-point deficit they suddenly find against them, Sanchez is going to be key. The Chilean would love to score a first Premier League goal since October on Sunday.

Giroud bagged a couple against Liverpool at the start of 2016, but has been out-of-sorts in recent games. It would be brave for Wenger to drop him, but Walcott’s pace might be the better option here. 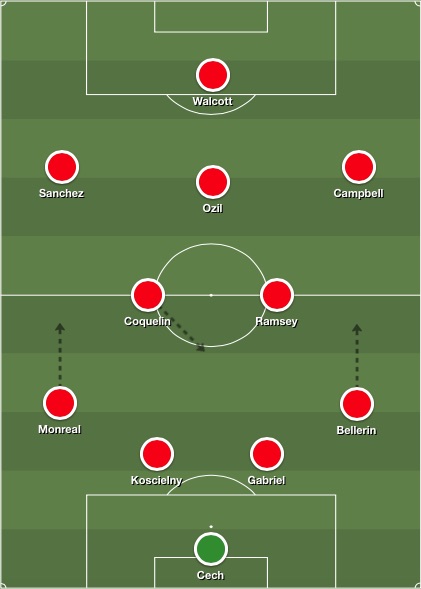