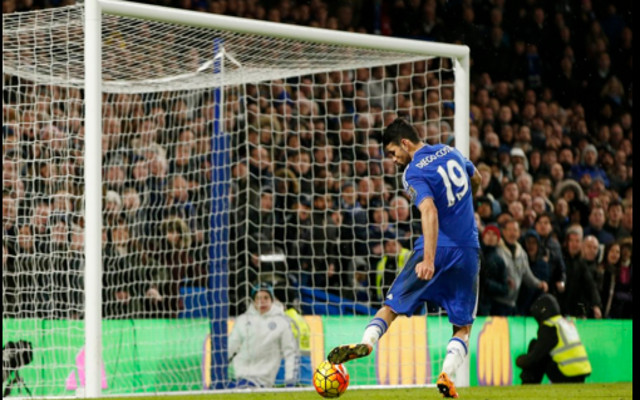 Whatever Guus Hiddink is putting in Diego Costa’s food is working wonders for the Spanish striker. Most assumed that Costa would have no place in Chelsea‘s long-term plans after how he performed a mere two months ago under Jose Mourinho – and yet, after 10 games with Hiddink at the helm the Blues look far more similar to the club that won it all last year as opposed to the team that got blown out by Manchester City. And Diego Costa has been a huge reason for that.

With six minutes of stoppage time added to their game against Manchester United, Chelsea faced a 1-0 deficit but were given plenty of chances to score thanks to a tired United defence. That was when Costa capitalized, taking advantage of a mistake by Cameron Borthwick-Jackson to snatch the equalizer by hitting one right past David de Gea.

The goal was Costa’s seventh since Hiddink took over in late December after scoring just four in the previous four months combined. He has seven goals and three assists in his last nine appearances.