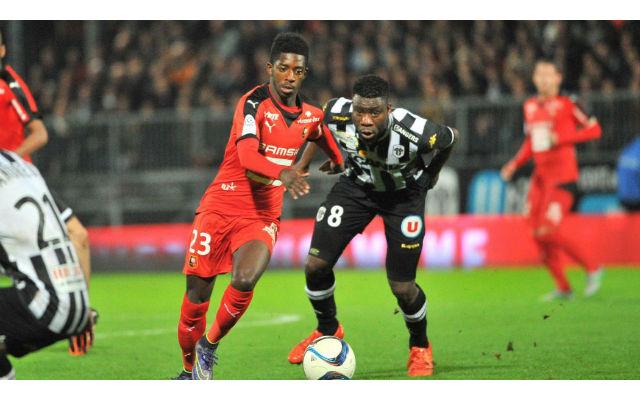 Arsenal are said to be keeping tabs on exciting young Rennes winger Ousmane Dembele ahead of a potential move for his services over the summer, according to the Daily Mail.

The 18-year-old is already being touted as France’s ‘next big thing’ after a series of impressive displays has seen him notch up four goals in nine appearances in Ligue 1.

And it is those performances that has attracted the admiring glances of the Gunners, who the Mail claim have sent scouts out to keep an eye on his progress over the past few games.

However, Arsenal aren’t the only ones said to be interested in his signature as the likes of Manchester United, Chelsea, Southampton and Leicester are also believed to be tracking him.

Arsene Wenger has a proven track record in developing young players and it now appears as though Dembele could be his latest project.