The folks over at Footy Headlines have revealed that the big TV money deal has paved the way for the Premier League to add a few more colours onto the ball in a bizarre new rave-like design.

Named the Nike Ordem 4, it’s certainly eye catching and players won’t have a problem seeing it during those dark winter months.

It could also be good news for goalkeepers, as they won’t be able to help seeing that ball hurtling towards them. 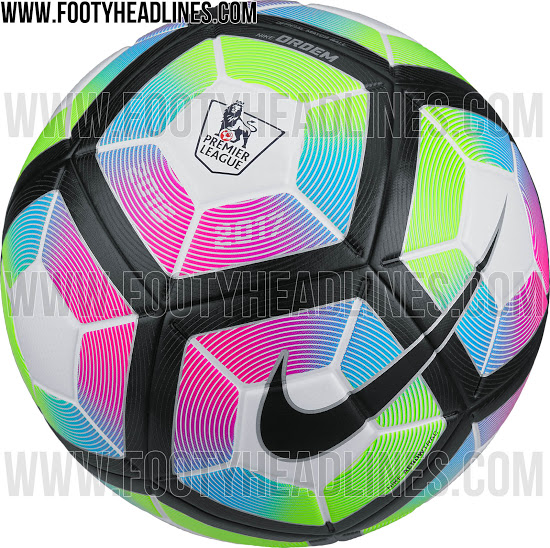