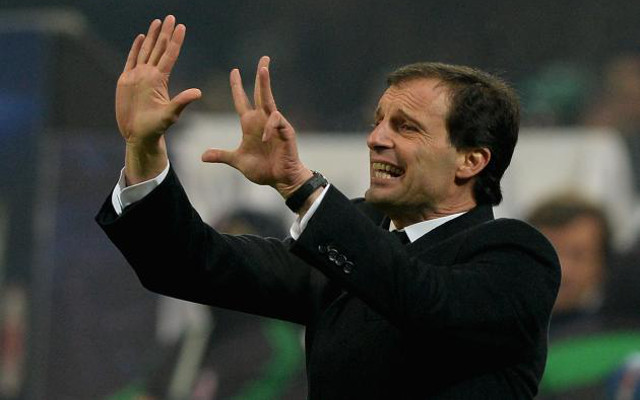 Juventus boss Bepe Marotta has told Chelsea that they will not be able to buy manager Max Allegri with a big money offer, according to The Sun.

The club have been on the lookout for a new long-term replacement for Jose Mourinho as they look to avoid a repeat of this season that has seen them languish for too long in the bottom half of the table and set to miss out on Europe next term.

Guus Hiddink has been drafted in again to steady the ship once again in a similar fashion to the job he did back in 2009.

But while rivals Manchester City have snapped up Pep Guardiola, and Manchester United are rumoured to be closing in on Jose Mourinho, Chelsea are yet to name their successor, though Allegri has been a name that has been mooted to head to Stamford Bridge recently.

However, Juve director Bepe Marotta has dismissed speculation linking the manager with an exit.

“We have a great rapport with Allegri,” Marotta said. “Now the crucial moment of the season is coming up, so we should focus on that.

“In any case, contracts are not as important as the rapport between people. With Allegri the conditions are all there to continue.

“The team is doing well and improving a great deal.”