The defender was stretchered off in the Blues’ 1-1 draw with the Red Devils on Sunday after appearing to hyperextend his knee after leaping to head the ball away before landing awkwardly.

The France international screamed in agony as he lay stricken on the turf, and it quickly became apparent that he would be unable to continue as his teammates gesticulated to the bench that a substitution was necessary.

It remains to be seen how long the Frenchman will be absent.

The scenes of the player’s agony were reminiscent of Shaw’s misfortune against PSV Eindhoven in the Champions League earlier in the season. 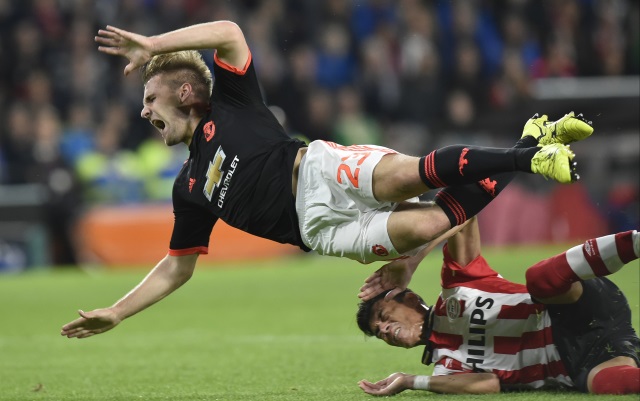 The England international hasn’t played since breaking his leg in a collision with defender Hector Moreno, and it remains to be seen whether he will feature again this season, or whether he will be able to take part in Euro 2016 this season.

Shaw—who can clearly empathise with Zouma’s plight—took to social media and his @LukeShaw23 handle to send his support for Zouma after the match.