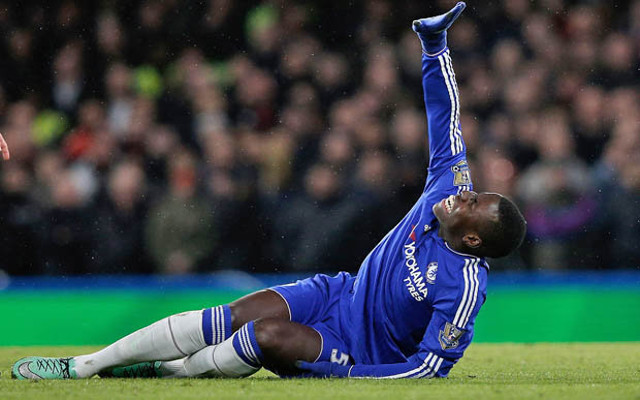 In one of the scariest Premier League injuries we’ve seen all season or the past several seasons, Chelsea centre-back Kurt Zouma was severely injured after jumping and landing on his right leg, with the knee clearly buckling and dropping the young back to the ground in agony.

Zouma took to Twitter to announce that he was undergoing surgery to repair his injured right ACL.

Scan today has shown I injured my ACL. I will have surgery this week & will come back stronger. Thank you everyone for all the messages

According to the Metro, the usual recovery time of ACL injuries like Zouma’s is six to nine months. He will almost certainly miss the Euro 2016 where he would have represented France, and could very well miss the start of the 2016-17 season as well.

The injury to Zouma comes at one of the worst possible times for Chelsea as the club have huge Champions League and FA Cup matches this month. In addition, just last week longtime centre-back and captain John Terry announced he won’t be back with the club next season after the club refused to give him a new deal.