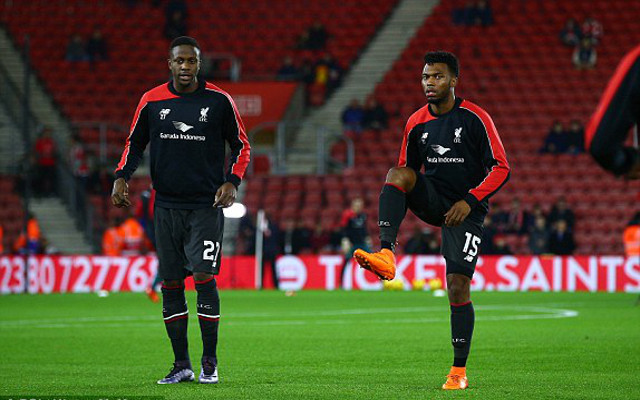 The Reds are already preparing for huge matches in the Europa League as well as a League Cup bout with Manchester City later this month, but ahead of their replay with West Ham United in the FA Cup, Liverpool manager Jurgen Klopp has given his team a major fitness boost with the announcement that three players will be ready to return to the lineup on Tuesday.

According to the Metro, Klopp announced that strikers Philippe Coutinho, Daniel Sturridge and Divock Origi all have clean bills of health and is hopeful that all of them will be in the lineup on Tuesday.

‘They have all been in training today and are in the squad, hopefully, for tomorrow,’ Klopp said.

‘They can’t start all together. That’s not possible.

‘A whole game would be too much in this moment so that’s what we have to figure out.

‘We will find a solution, for sure.’

Coutinho is the club’s third-leading scorer with five goals. Sturridge has missed the majority of the season with injuries, but has four goals in his six appearances. Origi recorded a hat-trick in Liverpool’s 6-1 drubbing of Southampton in the League Cup quarter-finals.

Last season, under former manager Brendan Rodgers, Liverpool made it all the way to the FA Cup semi-finals before being eliminated by Aston Villa.