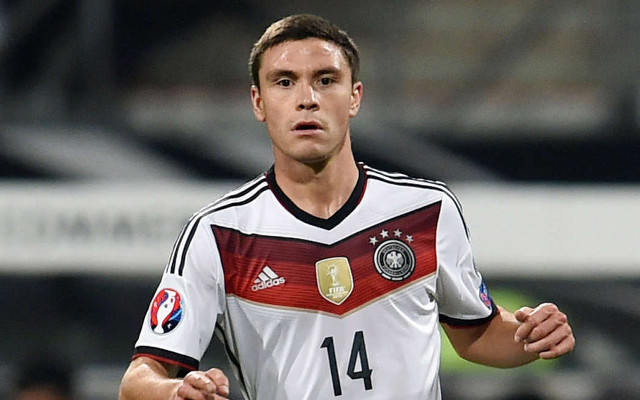 As almost any Liverpool fan who watched the team’s shocking meltdown against lowly Sunderland this past weekend, the club need serious improvements on defense. One option that Jurgen Klopp and company appear to be pursuing is FC Koln and Germany left-back Jonas Hector, who could very well be on his way to Anfield this summer.

According to the Metro, Liverpool are looking to secure a transfer for the 25-year-old Hector this summer. Per the source, Hector’s price tag is about £10 million.

The Metro noted that the German left-back could compete for Alberto Moreno’s starting job. However, Hector has also displayed versatility as a midfielder – another position where Liverpool have struggled recently.

Hector has recorded three assists in 20 Bundesliga appearances this season. He has been capped 10 times for Germany since 2014.

Liverpool have allowed nine goals in the past three Premier League matches and have not recorded a clean sheet since the start of 2016. Ironically, their last clean sheet came against Sunderland on December 30th.