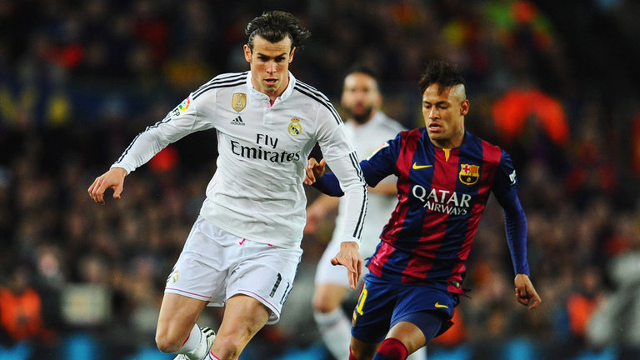 According to former Manchester United wideman Jordi Cruyff, Neymar could well be persuaded to leave Barcelona if the right offer comes along.

The player’s father revealed earlier this week that the Red Devils made a £145 million offer for the Brazil superstar last summer, and while rumours of the Old Trafford heavyweights’ interest persists, Neymar Snr insisted that his boy would not be going anywhere.

However, Cruyff—who featured for Manchester United between 1996 and 2000—has predicted that Neymar could well be tempted away from the Nou Camp if he receives a fiscal offer appealing enough to tempt him away.

“It’s a nice thought to play for the same club forever, romantic even,” began Cruyff, speaking to Esports Cope, as per Goal.

“But the power of big money is huge. The financial strength of some clubs may persuade Neymar to choose to move away from Barcelona.

Neymar moved to Barca from Santos in 2013, and has since established himself as one third of the finest forward line in the world game alongside Luis Suarez and Lionel Messi.

The attacker has already won La Liga, the Copa del Rey, the Champions League and the Club World Cup at Barcelona, and while it’s hard to see immediately how a switch to troubled Old Trafford might appeal, Neymar has had his fair share of off-field controversy in Spain, and may see a move to the Premier League as a chance for a new start.