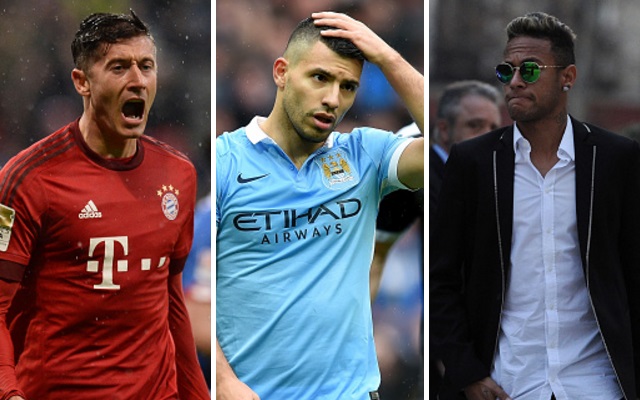 Manchester City appear set to offer Sergio Aguero a new contract, as rumours swirl that the Citizens are eyeing a new forward in the summer.

The Sky Blues were found wanting offensively on Saturday as they succumbed 3-1 to Leicester City in the weekend’s early kick off.

Since the defeat, rumours have intensified that Pep Guardiola will be planning to bring a world-class striker to the Etihad Stadium in the summer as he looks to bolster the side’s attack and attempt to break new ground with the Manchester heavyweights in European competition.

Speculation linking both Neymar and Robert Lewandowski—currently working alongside Pep at Bayern Munich—could spell the end for Aguero, who has been linked with a move to Real Madrid in recent transfer windows.

However, it appears as though Neymar and Lewy—should they arrive—would be brought to the club as support for Aguero, rather than to replace him, with The Sun reporting that the Citizens are set to offer the Argentine striker a new contract.

The forward currently earns £150,000 per week, plus bonuses, although it remains to be seen what City will offer the striker to keep him at the club.