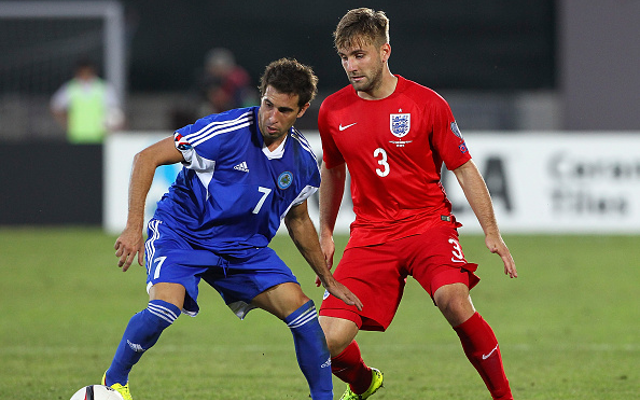 Manchester United full-back Luke Shaw is said to be running out of time to return to full fitness for Euro 2016 despite Louis van Gaal including him in the club’s Europa League squad list, the Daily Mirror reports.

However, Three Lions boss Roy Hodgson is aware that the 20-year-old may not play again this season as he continues to recover from a horrific leg break suffered back in September during the Champions League tie with PSV Eindhoven.

Hodgson will hold a reception for 40 players that could make the final squad at St George’s Park this week as he steps up his preparations for the tournament this summer.

Shaw has been left off the list, though, despite a number of other long-term absentees set to be in attendance, as his recovery is still too far away to stand him in good stead for the trip.

However, Arsenal midfielder Jack Wilshere will definitely be involved, as Hodgson hopes he can get some game time under his belt having missed the entire season with a number of setbacks following a fractured ankle over the summer.