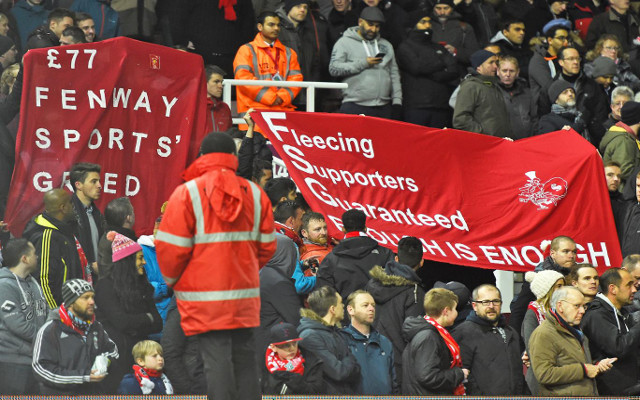 In the aftermath of a highly-public fan walkout from Liverpool’s weekend match against Sunderland over increasing ticket prices, the club ownership group has announced a two-year freeze on ticket prices.

In a public letter from Fenway Sports Group (FSG), the sports investment firm that owns Liverpool (along with the baseball franchise Boston Red Sox), owner John W Henry, along with Chairman Tom Werner and President Mike Gordon apologized for the “distress” caused by their ticket pricing plan for the 2016-17 season, which among other things included a £77 ticket to sit in the Main Stand.

The FSG members stated that they listened to the objections fans had to the pricing changes and have responded by keeping the ticket prices where they were and offering new incentives for fans to come to the games in the 2016-17 season and beyond.

The ticket pricing freeze will be in effect for at least two years.

The full letter can be read here, on the Liverpool official website.

Private: Kenny Dalglish Has To Sell Before He Can Buy Says Liverpool Owners July 20, 2011 11:39
Liverpool FC