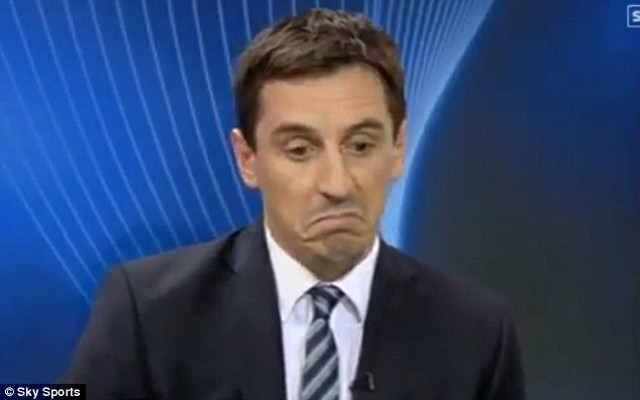 Argentina great Hernan Crespo has admitted that he is ‘almost happy’ to see Gary Neville fail at Valencia following the rookie coach’s comments during his time as a pundit on Monday Night Football.

The ex-Manchester United and England defender took over at the Spanish heavyweights at the end of 2015 following the exit of Nuno Espirito Santo.

However, things haven’t been going well for the former right-back, under whom Los Che’s winless streak in La Liga has extended to 12 games—nine of which have come under the 40-year-old.

Neville’s troubled side were also humbled in the Copa del Rey where, after a fine run, they were humbled 7-0 by Barcelona in the first leg of their semi-final, ahead of the second leg in midweek.

Crespo, who featured for the likes of AC Milan, Chelsea, Inter Milan, Lazio and Parma during a glittering playing career, is currently manager of Serie B side Modena.

The former striking great, speaking to Fox Sport [as per News Talk], has revealed that he is enjoying watching Neville’s struggles in Spain following his ‘harsh’ criticism on MNF.

“To watch a game from the TV, it’s much different than from the bench,” Crespo began. “I’m almost happy for Gary Neville’s troubles at Valencia. I remember he was too harsh as a TV pundit.”