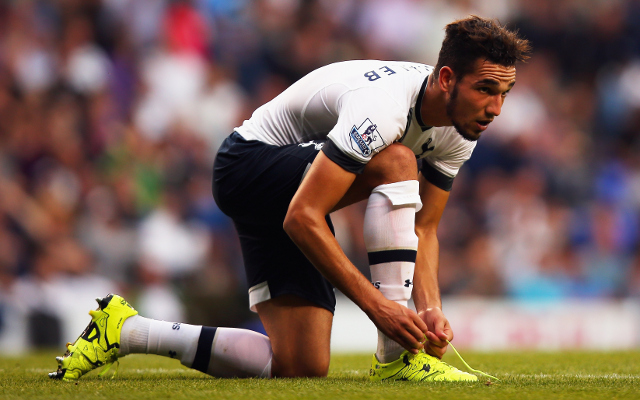 Nabil Bentaleb provided Mauricio Pochettino with a reminder of his abilities with a goal as captain for Tottenham Hotspur U21s in their 1-1 draw with Southampton U21s last night.

The 21-year-old midfielder struck an instinctive volley through the legs of Saints stopper Paulo Gazzaniga, after the defence had failed to clear a cross from Emmanuel Sonupe.

Bentaleb will hope that his strike – which cancelled out Jake Hesketh’s long-range curler – will have caught the eye of Pochettino, as he has fallen down the pecking order at Spurs.

The Algerian was a regular last season, but missed three months of this term with an ankle injury and has struggled to regain his place amidst the competition for places at White Hart Lane.

He has made two FA Cup starts and two substitute appearances for the first team since August, and was dropped from the squad in favour of Ryan Mason for Saturday’s 1-0 win over Watford.

Bentaleb remains one of the best young midfielders in the country and is expected to play a more prominent role next term after having, hopefully, a full pre-season to return to peak fitness.

But he will not want to wait that long for more opportunities, and will hope that this goal might take him a step closer to Pochettino’s first-team plans for the remainder of this campaign.