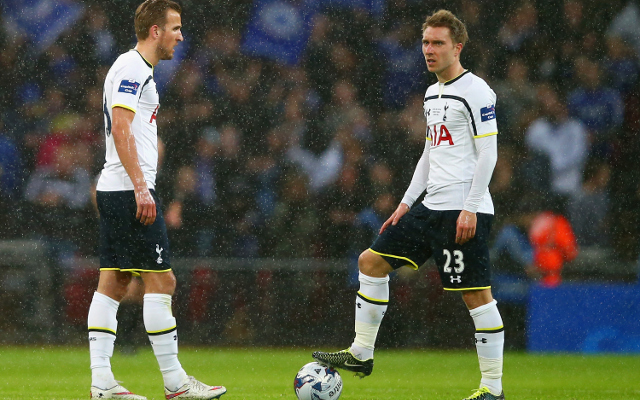 The Spurs have a very good chance of securing a Champions League berth or even challenging for the Premier League title if things break right for them down the stretch. With a great deal of their success this year attributed to the sensational efforts of forward Harry Kane and several other starters, Tottenham Hotspur have begun working on deals to keep three of their stars at White Hart Lane for the foreseeable future.

According to the Metro, the Spurs are ready to offer new contracts to Harry Kane, defender Jan Vertonghen and attacking midfielder Christian Eriksen.

Vertonghen has reportedly already been offered a contract extension to his current deal which runs through 2018, and is expected to receive a significant raise from his £40,000-a-week wages.

As for Kane and Eriksen, who are stars at their positions despite being only 22 and 23 years old respectively, the Spurs hope to tie them down and ward off offers from the bigger clubs expected to make major offers in the summer.