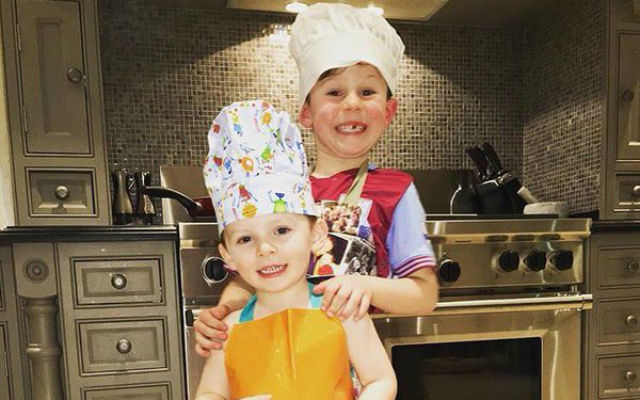 Who doesn’t love pancake day? It’s a great opportunity for families to gather in the kitchen and have some fun whilst cooking up some tasty treats for all to enjoy.

Several footballers posted pictures of them and their kids onto social media on Tuesday, but one in particular has caught the attention of the fans.

Wayne Rooney, getting in on the action, posted a picture of his two sons, Kai and Klay, showing off their skills in the kitchen, only Kai seemed to be wearing an Aston Villa shirt.

With a Premier League patch visible on the sleeve, it would seem that the young Rooney would have a name printed on the back, too, though there was no confirmation.

If the shirt does ay “Rooney” on the back, Villa fans would do well to realise it’ll probably be the closes they get to seeing Rooney in a Villa shirt during this lifetime.

@Danny_McMoomins @WayneRooney The Villa shirt? Once a blue always a red and also a claret & blue

Can't get my head around Wayne Rooney's kid wearing a Villa jersey. These are the big issues the world needs to get to grips with.