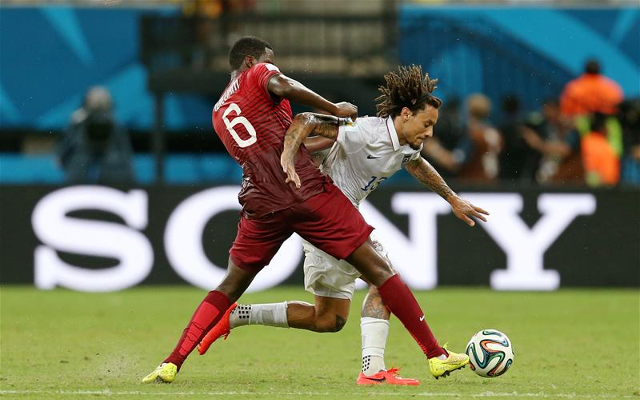 William Carvalho has signed a new contract with Sporting Lisbon, a move may frustrate Arsene Wenger’s plans for a summer rebuild at Arsenal.

The midfield powerhouse has been long linked with a switch to the Emirates Stadium, but the box-to-box operator ultimately stayed put both in the summer and during the January transfer window.

Perhaps keen to stave off the ongoing interest in their prized asset, Sporting have offered the 23-year-old a new deal.

Carvalho has now committed his future to 2020, according to the Mirror, while the Portuguese giants have also inserted a £35 million fee-release clause in his contract, a fee which may dissuade his suitors.

The clause—which is a £6 million increase on his previous buyout fee—may well tempt Arsenal to look elsewhere should they seek to bolster their midfield during the summer.

Mohamed Elneny was signed during the January transfer window in order to provide competition for Francis Coquelin and cover for the injured Jack Wilshere, while the reported impending retirements of Mikel Arteta and Tomas Rosicky increase the need of reinvestment in the heart of the park.

Southampton’s Victor Wanyama could be considered as an alternative to Carvalho.