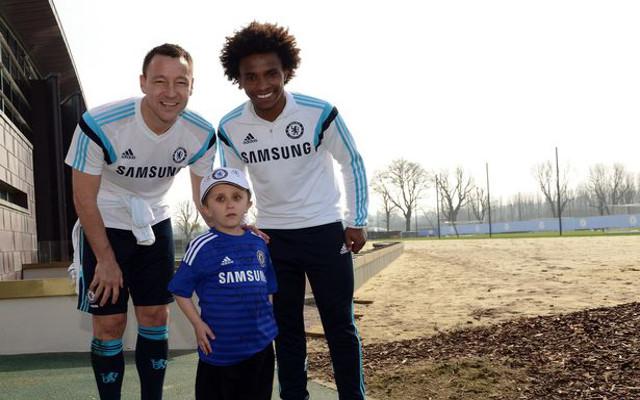 After John Terry made it clear that Chelsea were not going to offer him a new contract once his current deal expires, it was only matter of time before his own teammates started wishing him the best his future. Among the first to come out and praise the longtime Chelsea captain is Willian, who expressed regret that Terry won’t be able to remain with the team next season.

In an interview with Squawka, Willian called Terry one of the greatest – if not the greatest – players in Chelsea history and expressed gratitude for being able to play with such a stalwart.

“He is definitely one of the greatest or maybe the greatest player of Chelsea’s history,” Willian said. “He’s won everything for this club. He is respected by all of us.”

“I’m thankful for having the opportunity to play beside him. I’ve learnt a lot from John Terry.

Willian added that while he believes Terry still wants to play for Chelsea beyond this season, he has his doubts that the team will change its mind about not giving the captain a new deal.

“I think he would like to stay longer with us, but unfortunately it seems he won’t be able to remain as a Chelsea player.

“The club won’t probably extend his contract I can just wish him the best of luck for the rest of his career.”

Terry made it clear to the media that he requested a new deal with the Blues but was denied and has no intentions of retiring from football at the end of the year.