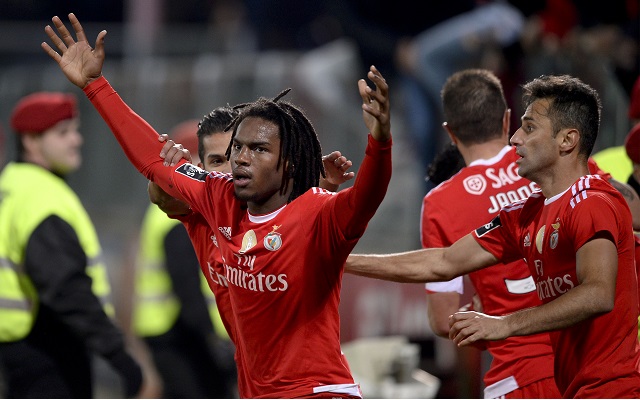 Manchester United are set to be rocked with the news that Benfica could be about to cash in on top target Renato Sanches, according to One World Sports.

The 18-year-old has announced himself onto the world football stage in spectacular fashion this season and has drawn interest from the Red Devils.

However, they aren’t the only ones interested as both Bayern Munich and Real Madrid have now reportedly thrown their hat into the ring with the report stating that Benfica are working towards a deal that could become a Portuguese transfer record.

United were heavily linked with a £30m move for the teenager during the January transfer window, but their hesitation in getting the deal over the line could now mean they’re about to miss out on his signature.

And though the report doesn’t mention specifically which club Benfica are in talks with, it is believed that the Red Devils have slipped down the pecking order.

Sanches has a £62.3m release clause installed in his contract, and though Benfica are willing to move him on for £46.8m, they may have to be willing to accept a number closer to £39m.