Manchester United are said to be keeping a close eye on former Arsenal and Chelsea midfielder Lassana Diarra ahead of a possible summer move to bring him back to the Premier League, according to French publication L’Equipe.

The 30-year-old has been in top form for Ligue 1 side Marseille so far this season, and has reportedly attracted attention from a number of big European clubs.

Diarra, who is expected to make the cut for Didier Deschamps’ France squad at this summer’s European Championships, has also previously spent time with Real Madrid and Portsmouth, amid other moves elsewhere, but now looks to be getting back to his best in his homeland.

The story linking him with a move to Old Trafford has emerged in Thursday’s print edition of the magazine, though it’s likely that the Red Devils won’t be the only ones keeping a close watch on his he finishes the season. 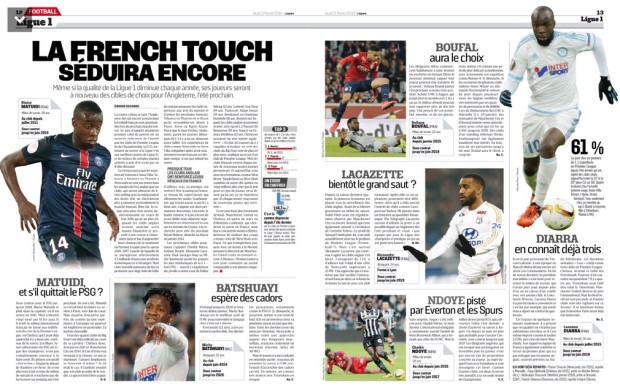