The Brazilian joined on loan from Corinthians for the rest of the season, but is short of match fitness.

Judging by the intensity of his face in this training shot, which he uploaded to his official Instagram account, guarding the ball from Gary Cahill, the 26-year-old is certainly putting in the hard yards! 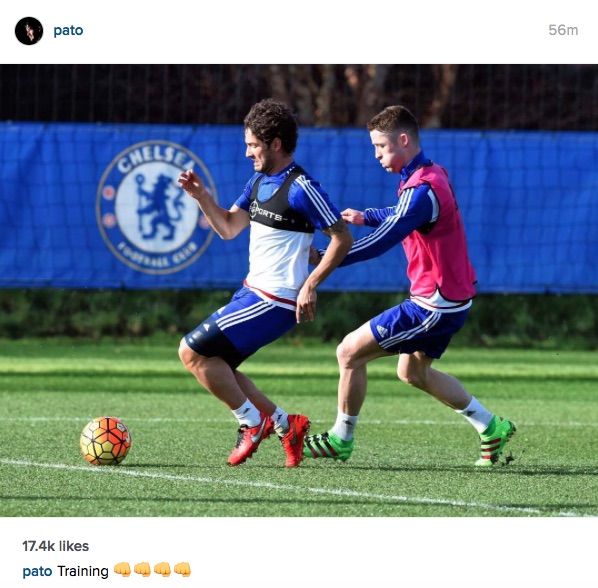 Pato’s progress into Guus Hiddink’s matchday squads could be accelerated if back-up forward Loic Remy becomes the latest Premier League player to move to China, as recent reports have suggested.

The former AC Milan attacker is looking to prove himself in Europe again after a couple of years back in his homeland, where he helped to rebuild his reputation with a successful loan spell at Sao Paulo.