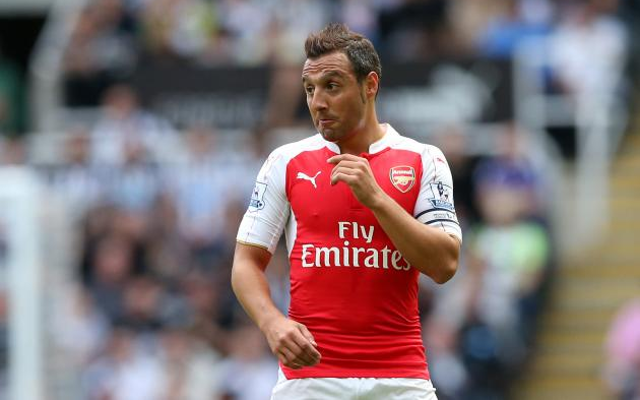 Arsenal boss Arsene Wenger has received a timely double boost with the news that Santi Cazorla and Jack Wilshere are expected back within the next few weeks.

Cazorla has been sidelined since the 1-1 draw with Norwich City on November 29, and along with the absence of Francis Coquelin, Wenger was forced into a reshuffle which has arguably played a part in their recent stutter in their bid to win the Premier League title.

Meanwhile, Wilshere has yet to feature for the side this season after suffering a leg fracture in pre-season, and after undergoing surgery in September, he will be desperate to return to the pitch and try to string some games together to get back to full fitness.

“They are back running, they are on a fitness programme now so it means it is not a question of months anymore, it is a question of weeks for them to be back,” Wenger said, as reported by Sky Sports.

Meanwhile, the French tactician also suggested that striker Danny Welbeck could be in line to make his return from injury against Hull City in the FA Cup next weekend.

The England international has also been a long-term absentee, and so Gunners supporters will undoubtedly be delighted to see several key players return to aid their push to end the long wait for a league title.

Arsenal take on leaders Leicester City in a crucial clash at the Emirates on Sunday, with Claudio Ranieri’s side currently boasting a five-point lead over Wenger’s men and Tottenham.