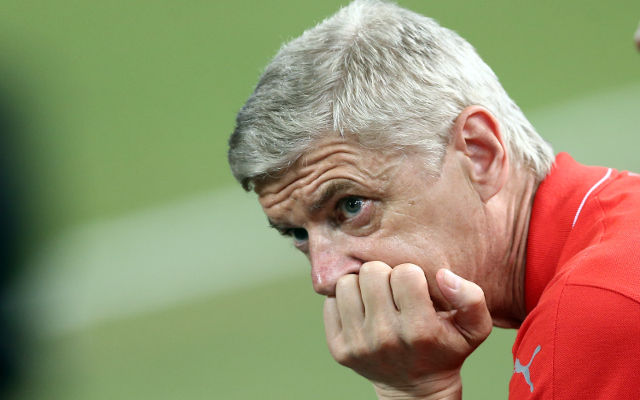 Former midfielder Robbie Savage has heaped the pressure on Arsene Wenger ahead of Arsenal‘s match against Leicester City on Sunday.

Writing for the Mirror, the BBC pundit has warned the French coach that the Gunners cannot afford to slip up, while insisting that the weekend clash is the biggest in the Foxes’ history, as Claudio Ranieri’s side look to establish their lead at the pinnacle of the Premier League.

“Arsene Wenger will run out of excuses, and have nowhere to hide, if Arsenal bottle another title ­challenge,” Savage began, writing in his column.

“If Leicester win Sunday’s high-noon title shootout at the Emirates, they will be eight points clear at the top –and I think they will go on to win the Premier League.

“This is it. This is the biggest game in the history of Leicester City,” he continued.

“They have already won at Tottenham and Manchester City, their other nearest ­challengers, and a win at Arsenal would turn the unthinkable into the absolutely sensational.

“What valid excuses can Wenger possibly offer if the Gunners come up short again?”

Despite the struggles of Premier League heavyweights Manchester United and Chelsea, Arsenal have failed to capitalise in a remarkably open title race.

With the Red Devils and the Blues have wholly failing to find consistency this term, the title race has been blasted wide open.

Miracle-men Leicester City lead, five points clear of Tottenham and Arsenal, who are led by their North London rivals on goal difference.

Like the Gunners, City have yet to establish themselves within an open field, and after being smashed by Leicester last weekend, they find themselves in fourth, six points off the leaders.

Should Leicester and Tottenham—who face City on Sunday—win their matches this weekend, it would take a massive effort for either Wenger’s Gunners or Pellegrini’s Citizens to reassert themselves in the title race.