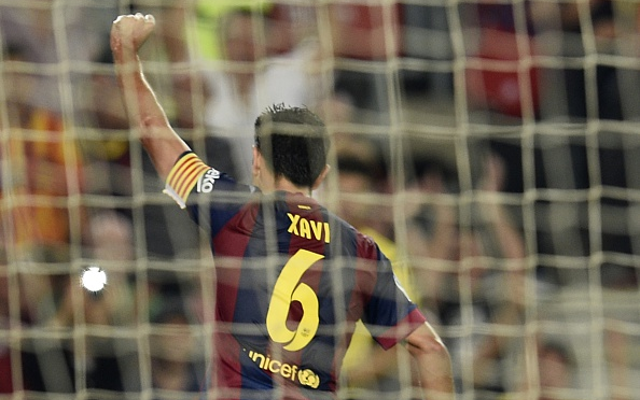 Speaking to the Spanish press on Friday, Xavi Hernandez has revealed which two players he thinks have the qualities to shine at Barcelona.

As reported by Mundo Deportivo, the legendary playmaker had the following to say when asked which players he felt had the level required to make an impact at the Nou Camp.

“I really love two players who I think have the Barca DNA,” Xavi began, speaking from Doha. “They are Marco Verratti and Paulo Dybala.

“They are amazing, and for their quality and style of play, could easily be integrated into the ‘machine’.”

Paris Saint-Germain midfielder Verratti the kind of player who could emerge as Xavi’s natural successor at the Nou Camp, due to his ability to dictate the tempo of the play and create from deep.

The Italy international has featured 15 times in Ligue 1 so far this season, and has achieved a pass-success rate of 93.1 percent.

Dybala has emerged as one of the genuine stars of the Serie A season, and has been influential as Juventus have picked up from their sluggish start to the campaign and forced themselves firmly back into the title chase.

The 22-year-old Argentine hitman has scored 13 goals and contributed eight assists in 23 showings to date in the Italian top flight.

Despite leaving for Al Sadd in 2015, Xavi remains one of the greatest sides in Barcelona’s history, having won eight La Liga titles, four Champions League titles and the Club World Cup twice during his time in Catalonia.

He also lifted the World Cup with Spain in 2010, and two European Championship medals.