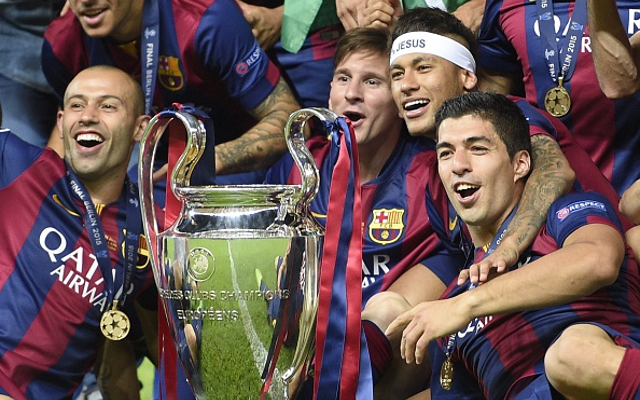 Riyad Mahrez has refused to end speculation linking him with a move away from Leicester City at the season’s end and has admitted he’d be keen to play alongside Lionel Messi one day.

The Algeria international has been one of the revelations of the season so far, and has proved influential in the Foxes’ rise up the Premier League table.

At the time of writing, Claudio Ranieri’s surprise package sit top, five points ahead of Tottenham Hotspur ahead of their high-profile bout against title rivals Arsenal on Sunday.

Mahrez, alongside fellow attacker Jamie Vardy, has shone this season, but while the England forward has signed a new long-term deal at the King Power Stadium, the Algeria international’s future remains up in the air.

The likes of Manchester City, Chelsea and Barcelona have all been tipped to be eyeing the North African, who has moved to fuel speculation he could be heading to Catalonia.

“It’s not my goal or my dream but obviously everyone wants to play with Messi,” the Sarcelles-born attacker began, as reported by Sport. “One day, maybe. Why not?”