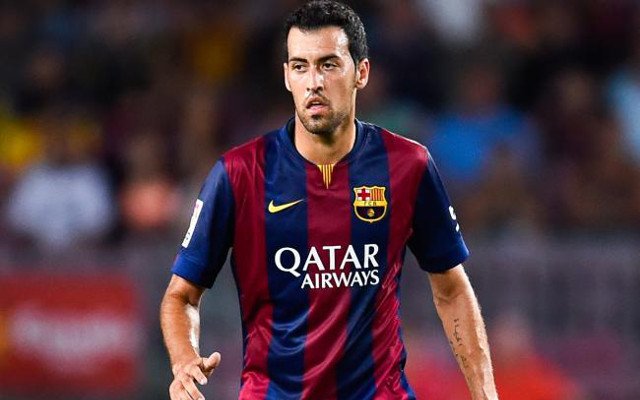 Manchester City are said to have made contact with the representatives of Barcelona midfielder Sergio Busquets over a possible transfer this summer, Spanish publication Sport reports.

The 27-year-old has been a Barcelona mainstay since breaking through from the youth team, but had recently expressed a desire to move on if it meant he could team up with Pep Guardiola again.

And it now seems that these quotes have manifested into genuine interest from City, who have apparently made an informal approach to the player’s agent.

Like Neymar, Barca are attempting to sort out a new contract for the midfielder, but the Premier League title contenders have made it clear that they want to prize him away from the Nou Camp.

Guardiola has already agreed to take over from Manuel Pellegrini next season and has already begun putting the feelers out to build the squad he wants at the Etihad.