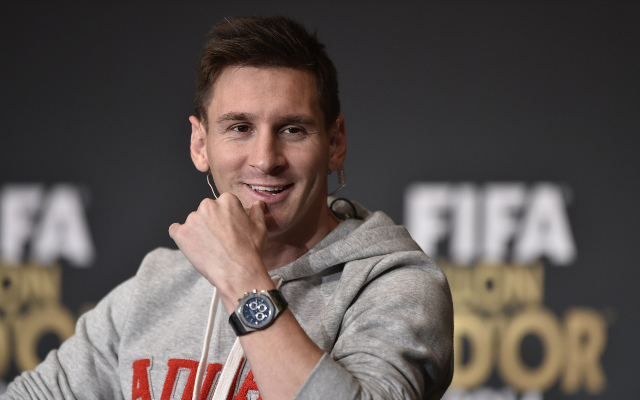 Lionel Messi has taken to Instagram in response to rumours that he outbid Cristiano Ronaldo to a €32 million Ferrari.

The Barcelona superstar is known to have a wicked sense of humour, and he demonstrated that once again in response to speculation that filled the Spanish media last week.

The reports read that Messi splashed out an astonishing €32 million to sign a super-rare 1957 Ferrari 335 S Spider Scaglietti at an auction [as per the Mirror].

Indeed, according to the speculation, Messi didn’t only get his hands on the pricey car, he also saw off interest from rival Ronaldo to bag the flashy vehicle.

Messi took to Instagram on Thursday in response to rumours and—hilariously—shared a photo of himself holding a tiny toy car.

“My new car,” red the caption.

The forward is currently out of action—and missed Barca’s midweek semi-final second leg bout against Valencia after undergoing kidney surgery.