Jose Mourinho has been snapped meeting with trusted assistant manager Rui Farina in London as a mooted move to Manchester United edges ever closer, the Daily Mirror reports.

The report claims that the former Chelsea boss is in line for a three-year, £15million-a-season deal to take over from current boss Louis van Gaal at the end of the season.

It’s a package that is set to put him on a par with incoming Manchester City manager Pep Guardiola, who is also in line to take up the cudgels at the Etihad over the summer.

Farina is widely expected to join the Special One at Old Trafford, and they have apparently been told that United will be bringing in Atletico Madrid sporting director Andrea Berta.

United have consistently refused reports that they will be bringing in a director of football, but Mourinho wants free reign to overhaul the squad after already seeking out new targets.

See the picture below… 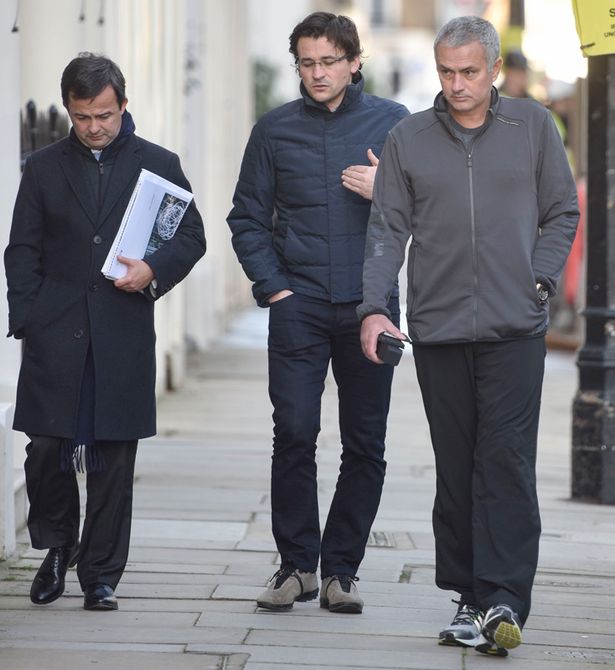