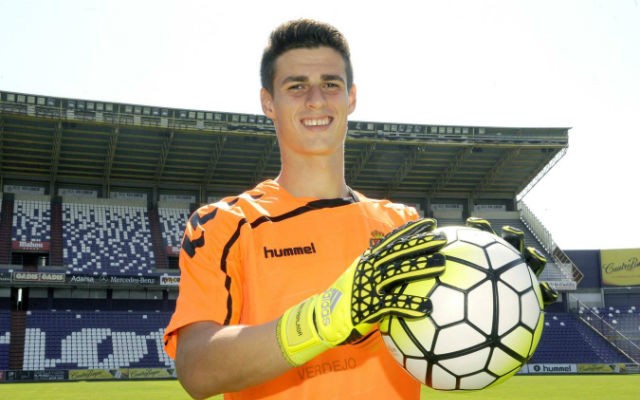 Arsenal are said to be preparing to do battle with Real Madrid for the signature of starlet Athletic Bilbao goalkeeper Kepa Arrizabalaga, according to Spanish publication Don Balon.

The 21-year-old is highly-rated in Spain and has been enhancing his reputation while on loan with Real Valladolid this season.

And his performances there have been enough to warrant the Gunners scouting him on numerous occasions, but will have to go up against Real Madrid if they want to snap him up.

Though Petr Cech has made the number one spot his own this season, the club aren’t thought to be confident with their back up options and have identified Arrizabalaga as a possible long term replacement for the veteran shot stopper.

Arrizabalaga is contracted to Bilbao until 2018, but should a good offer come their way it’s thought that the Basque side won’t stand in his way.