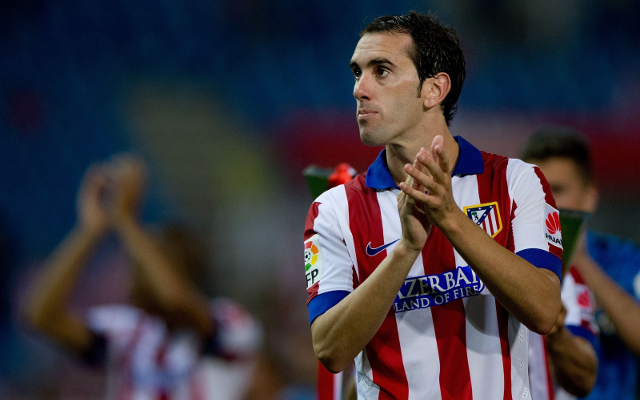 Chelsea are said to have identified Atletico Madrid centre-back Diego Godin as the ideal man to step into the shoes of soon-to-depart stalwart John Terry, according to reports in Spanish publication AS.

Terry is out of contract with the club at the end of the season and so far there have been no talks over a new deal, meaning that he will most likely have to move on to another club if he wants to continue his playing career.

Current boss Guus Hiddink has played down the reports of him leaving, but reports in Spain have picked up claiming that the Blues will look to Godin as the player to fill his spot at the club this summer.

Manchester City were said to be keen on the Uruguayan last summer, but he rejected their advances to remain in the Spanish capital, where he has built a reputation as one of Europe’s stingiest defenders.

But AS believe Chelsea will make a renewed attempt at landing his signature as he possesses the necessary qualities to replace the former England international.