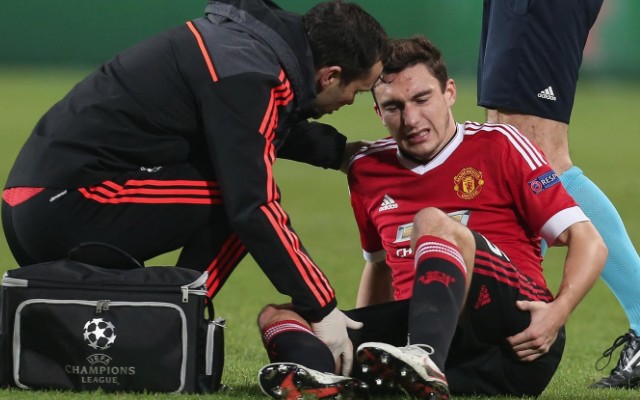 Manchester United‘s miserable luck with injury this season continued this season when Matteo Darmian was replaced during the first half against Sunderland.

The Italy international was replaced in the 37th minute in some discomfort following a collision with Wahbi Khazri, the wideman who had opened the scoring for the Black Cats in the third minute.

Darmian was clearly in pain, and the decision was made to replace him swiftly following a quick assessment by the club’s medical staff.

The wideman—who moved to Old Trafford from Torino during the summer—was replaced by youngster Donald Love, whose inexperience is a stark reminder of just how short on defensive resources United are at the moment.

Luke Shaw is a long-term injury absentee after breaking his leg during a Champions League bout with PSV Eindhoven in 2015, while the likes of Phil Jones, Antonio Valencia, Marcos Rojo and Ashley Young are all missing against the Black Cats.

Darmian has also had his fair share of injury misfortune so far this season.