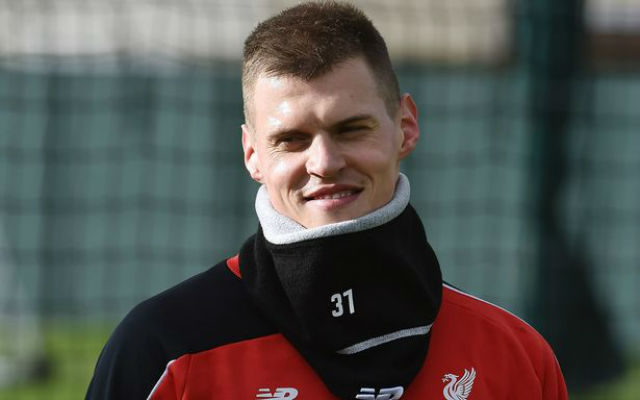 Liverpool defender Martin Skrtel is best known for looking like someone you wouldn’t want to meet down a dark alley, with his shaved head and tattoos he looks like a fearsome customer.

But now, upon his return from injury, he’s made the transformation into someone you wouldn’t want to meet on an internet chatroom as his new hair (not haircut!) has given him a whole new dimension altogether.

But what’s funniest about the Slovakian’s new look, is the reaction of the Liverpool fans, who apparently just can’t handle seeing him with without a skinhead.

Check the reaction below…

This is just hilarious. Thought hair was too scared to grow on #Skrtel's head #lfc pic.twitter.com/Z7FsLKplzS

OH MY! MARTIN SKRTEL HAS HAIR
What an historic moment, on par with Istanbul and 06 FA Cup final pic.twitter.com/cS0Eqku3V4

Seeing skrtel with hair is weird.

Martin Skrtel with hair is just a huge no no

Remember the old saying, "If Skrtel has hair, results will be fair."#LFC

Skrtel with hair is mental

Martin Skrtel has hair, I've been waiting for this moment since he joined us 9 years ago.

Skrtel has hair. I don't know what to think of this..

Sadly Skrtel with hair is going to be no better than Skrtel without hair.