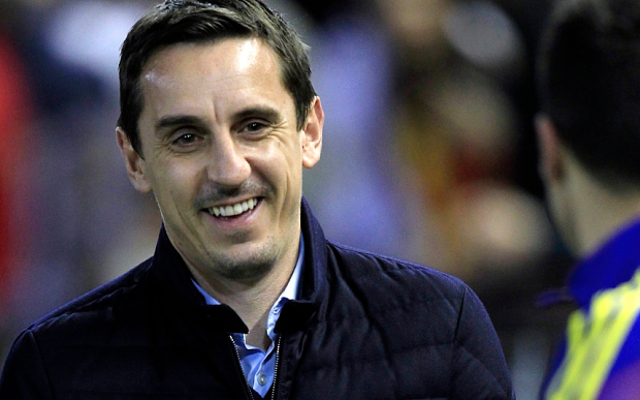 Indeed, while Valencia will have targeted a European berth ahead of the campaign, and even after the exit of Neville’s predecessor Nuno Espirito Santo, the fallen giants have steadily begun to slip towards the drop zone.

Neville also oversaw Valencia’s elimination from the Champions League, while his side’s miserable 7-0 capitulation against Barcelona in the first leg of the Copa del Rey semi-final first leg was a crushing loss that will live long in the memory.

It must have been a case of déjà vu for Valencia fans on Saturday when they fell behind to a 52nd-minute goal from Oscar Duarte, after a fine save from Diego Alves had kept them in the contest with a terrific save following a testing first half.

However, driven forward by Neville’s touchline passion, Valencia equalised through former Manchester City hitman Alvaro Negredo, before snatching the win when Denis Cheryshev bagged a 76th winner for the home side.

The win leaves Valencia provisionally in eleventh, having accrued 28 points from 24 matches.