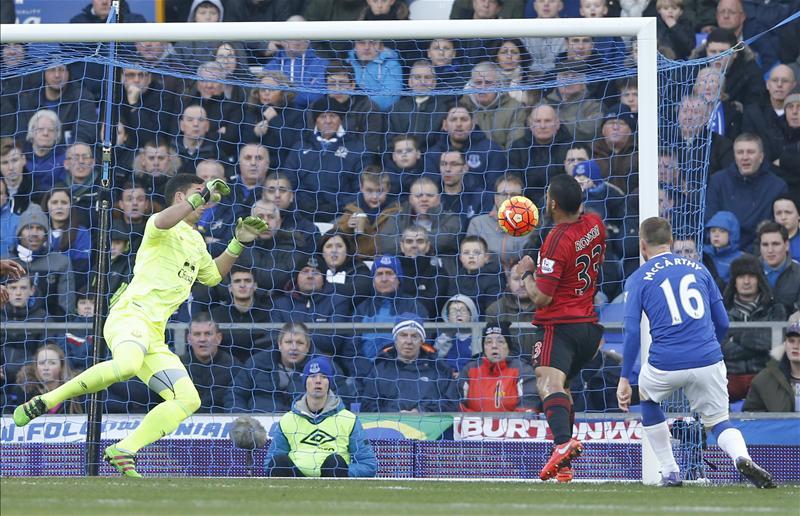 Everton lost 1-0 to West Brom at Goodison Park on Saturday afternoon, despite having 32 shots on goal.

West Brom scored the only goal after 14 minutes when Salomon Rondon scored with their first attack of the game, and thereafter their defence held strong to keep out the Toffees.

West Brom made four changes to the side that lost against Newcastle, as Saido Berahino, Jonny Evans, Stephane Sessegnon and Salomon Rondon came in for Gareth McAuley, Sandro, Craig Gardner and Victor Anichebe.

Everton were unchanged from the side that beat Stoke 3-0 in their last game, so Joel Robles kept his place in goal and John Stones remained outside the squad.

The hosts were the dominant team in the opening 15 minutes, meaning West Brom’s goal came against the run of play.

The goal was somewhat scrappy; Jonas Olsson flicked on a corner and the near post and Salomon Rondon bundled over the line. Replays were inconclusive about whether or not Olsson’s flick-on had already crossed the line before Rondon got a touch, meaning the dubious goals panel will be busy this week.

There wasn’t much more goal-mouth action. Tom Cleverly hit the post, but Everton only mustered two shots on target.

The score was still 0-1 as the teams headed into the tunnel for half-time.

The second half was an equally dull affair. Everton huffed and puffed with lots of long-range efforts, but the West Brom defence stood strong and refused to give Everton an inch of space in the box.

Next up for Everton is a trip to Bournemouth in the FA Cup before they have a weekend off due to Liverpool’s involvement in the League Cup final.

West Brom travel to Reading in the cup next weekend then welcome Crystal Palace to the Midlands in the league.